Women in a Meeting

Alexandra Petri writes the Compost Blog for The Washington Post.

On October 13, 2015, Ms. Petri wrote this delightful piece about women and their choice of language in meetings. 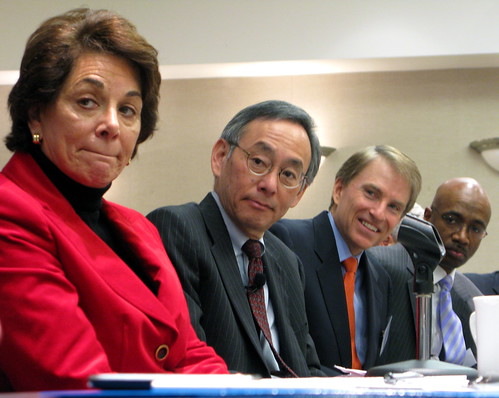 While not meant to be real estate related, every woman who has ever sat around a conference table may immediately recognize herself or her peers in Ms. Petri's hysterical reinterpretation of famous historical lines.

In a woman's valiant effort to avoid coming across as threatening, she, instead, comes across as ridiculous.

Having grown up at a time when "women's lib" was still part of our nation's current events, I know first-hand how women were unofficially schooled to "couch" their opinions in soft, inclusive and apologetic tones. In its infancy and beyond, the women-at-work movement tread carefully and took care not to step on male toes.

Women everywhere - let us vow to say, "enough!" to this absurdity.

With a mindset so deeply ingrained, and made worse by the subscription of other women to the theory that strong, articulate females are best described by the dreaded B-word, our hope lies with a new generation of daughters in the boardroom.

It should not be, but it is. You will think that you have stated the case simply and effectively, and everyone else will wonder why you were so Terrifyingly Angry. Instead, you have to translate. You start with your thought, then you figure out how to say it as though you were offering a groveling apology for an unspecified error. (In fact, as Sloane Crosley pointed out in an essay earlier this year, the time you are most likely to say “I’m sorry” is the time when you feel that you, personally, have just been grievously wronged. Not vice versa.)

To illustrate this difficulty, I have taken the liberty of translating some famous sentences into the phrases a woman would have to use to say them during a meeting not to be perceived as angry, threatening or (gasp!) bitchy.

“Give me liberty, or give me death.”
Woman in a Meeting: “Dave, if I could, I could just — I just really feel like if we had liberty it would be terrific, and the alternative would just be awful, you know? That’s just how it strikes me. I don’t know.”

“I have a dream today!”
Woman in a Meeting: “I’m sorry, I just had this idea — it’s probably crazy, but — look, just as long as we’re throwing things out here — I had sort of an idea or vision about maybe the future?”

“Mr. Gorbachev, tear down this wall!”
Woman in a Meeting: “I’m sorry, Mikhail, if I could? Didn’t mean to cut you off there. Can we agree that this wall maybe isn’t quite doing what it should be doing? Just looking at everything everyone’s been saying, it seems like we could consider removing it. Possibly. I don’t know, what does the room feel?”

“The only thing we have to fear is fear itself.”
Woman in a Meeting: “I have to say — I’m sorry — I have to say this. I don’t think we should be as scared of non-fear things as maybe we are? If that makes sense? Sorry, I feel like I’m rambling.”

“Let my people go.”
Woman in a Meeting: “Pharaoh, listen, I totally hear where you’re coming from on this. I totally do. And I don’t want to butt in if you’ve come to a decision here, but, just, I have to say, would you consider that an argument for maybe releasing these people could conceivably have merit? Or is that already off the table?”

“I came. I saw. I conquered.”
Woman in a Meeting: “I don’t want to toot my own horn here at all but I definitely have been to those places and was just honored to be a part of it as our team did such a wonderful job of conquering them.”

“We hold these truths to be self-evident, that all men are created equal.”
Woman in a Meeting: “I’m sorry, it really feels to me like we’re all equal, you know? I just feel really strongly on this.”

“I have not yet begun to fight.”
Woman in a Meeting: “Dave, I’m not going to fight you on this.”

“I will be heard.”
Woman in a Meeting: “Sorry to interrupt. No, go on, Dave. Finish what you had to say.”

No matter how you spend your day, come home to this

Long Beach is a diverse community that is never short on entertainment. Interested in moving to Long Beach?

Don't hesitate to call me and we can begin our tour.

ABOUT THE AUTHOR: Graduate REALTOR Institute